Using technology to reach the lost 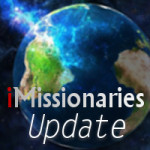 I read a story the other day about a lady named Laura. She does some awesome work online reaching people for Christ through the internet. I first learned about her through the Joshua Project website. I was on that website doing some research and I came across her story. The past couple days I had been thinking about different concepts in internet evangelism and the potential that exists there to reach the masses. When I read her story, her experience resonated within me and I could see the potential for many thousands of lives to be changed.

What did she do?

She told the story of how she used Facebook to reach 90 people in a foreign country –for only twelve dollars and thirty minutes of her time!
Imagine with me the traditional approach of sending a missionary out to evangelize a people group. After he’s gathered “support” for a couple years paid for plane tickets and learned the language, his boots would finally be on the ground and he could start his mission work.
I could envision it in my mind right then and there. Thousands of dollars vs. twelve dollars? Years of preparation vs. 30 minutes on Facebook? It was a no-brainer. I could clearly see that there was a much more efficient way to spread the Gospel. (Just to be clear, I am not knocking the traditional missionary approach of physically being in a country and living among the people. That has it’s time and place.)

How did she do it?

Facebook has an “advertise” feature that allows people to make their own advertisements and target certain categories of people with that ad. If you’ve ever been on Facebook, I’m sure that you noticed the ads that appear on the right side of your browser window. Laura placed one of these ads in the Urdu language and in 2 days she had 90 people click on her ad about Jesus. That means 90 people who were interested in spiritual things clicked on her link and were directed to a page in the Urdu language that presented the Gospel of Jesus Christ to them.

Imagine if thousands of people were spreading the Gospel through the internet!

It can be a reality, and I want to show you how:
Right now I’m working on a new project called iMissionaries. The main thrust of the project is to reach the world through the internet. Using the power of social media, I believe we can reach the world with the Gospel in our generation.
The iMissionaries website will offer you complete training courses that will teach core principles of effective internet evangelism.

Let’s do a little math:

An army for Him

God is calling a great army to come forth for his glory. He is looking for men and women to step up to the task and spread his message to a lost and dying world. Will you be one of them? You can learn how to spread His message online by starting our training courses.

4 comments… add one
The iMissionaries website is taking off!